What possessed these people to run through, rain, sun, snow, daylight and darkness to win a t-shirt?

Back in 2003 a group of runners who enjoyed heading up and down the many mountain trails in and around the Chamonix valley got together to organise a trail running race. They decided to make it an endurance race following one of the most renowned ‘Grande Randonnee’ hiking routes in the world, the GR5.

Every year thousands of hikers spend anything from five to 10 days walking the route commonly known as the Tour Mont Blanc and staying in gites and mountain refuges as they circumnavigate Mont Blanc starting out from the Chamonix Valley and heading anticlockwise through Italy and Switzerland before heading back into Chamonix.

The race organisers decided to push the runners to their physical and mental limits by plotting a course that roughly follows this GR route, but allowing competitors just 46 hours to complete the full 166km course. That meant running through the night, up and down mountains in three different countries, so they called it the Ultra Trail du Mont Blanc. 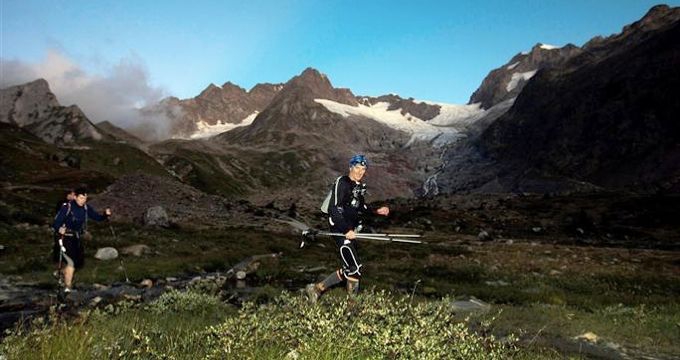 The first edition back in 2003 attracted a few hundred of this new breed of ‘extreme jogger’. Everyone in Chamonix who saw them looked at them and wondered who these mad people were and whatever possessed them to run through, rain, sun, snow, daylight and darkness to win a t-shirt.

Now it’s big business. As we write this article the 2011 edition is in full swing. Chamonix is bursting at the seams with lycra-clad bronzed trail running fans and their families have all come along too. What started as a small race has expanded with a further three races added to the bill (the Courmayeur-Champex-Chamonix (CCC) - the equivalent to half the Ultra Trail, La Petite Trotte a Leon (PTL) – a 300km team race that is more like orienteering and the Traces des Ducs de Savoie (TDS) which covers 111km).

For 2011 there are 50,000 runners, friends, families and volunteers in resort and every hotel in Chamonix is full. There is now a big exhibition area in the place du Mont Blanc showcasing all the latest trail running product, along with workshops and conferences and all the sports shops in Chamonix now pack away the ski gear after winter and display trail running goodies. It really is THE big growth sport in the mountains of Mont Blanc and beyond.

Brits are well represented in the race and Elizabeth Hawker has won the UTMB three times since it began. The Spaniard Kilian Jornet holds the record for the youngest winner when he was just 21 in 2008 and the fastest time for the full 166km, which he covered in a mind-blowing 20h 56’ 59”. In total 5500 runners take part coming from all over the world to race and with all the modern technology behind the race all the runners’ progress can be followed live online at the official Ultra Trail Mont Blanc live race website. 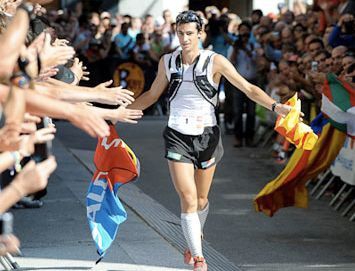 And to give an idea of just how big the Ultra Trail du Mont Blanc has become in Chamonix, did you know:

* Runners from 62 different countries are represented

* There are over 1700 volunteers involved throughout the week of races

Think you could handle it?