What To Expect for Chamonix 2012

It's an odd thing to turn a mechanics garage into a bar, but hey, this is Chamonix

What a mad start to the 2011/2012 winter season here in Chamonix! So far there has been more snow during the first six weeks of this season than there was for all of last season. Snow depths at Logan (1900m) are over 5m and the valley was battered not once, but twice with the Joachim and Andrea storms, sending the resort into chaos with lifts shut, roads impassable and people skiing down the streets!

Rue du Moulin, once the haunt of all ski bums and seasonaires, is being slowly but surely transformed, with the opening of the Cap Horn restaurant. Offering the Pele bar in the basement mixing champagne and oysters with jazz music and hefty prices, this place is one for the more affluent tourist in Chamonix. Upstairs the restaurant covers three areas, including a large outdoor terrace overlooking Mont Blanc. There is a daily special board and fixed menu, but it’s on the pricey side. Owned by the same people as La Cabane in Les Praz and La Caleche in Chamonix.

Under new ownership (Leila from the Savoie Bar in Argentiere to be precise) the Y Bar in the middle of the pedestrian part of rue Paccard is lapping up the après-ski atmosphere in resort. Offering tempting tapas and sushi with your aperitif, this place opens until late and will be hosting live music too. Over in Argentiere, the former Ford garage is now home to the Yaute Café. Yes, we know. An odd thing to turn a mechanics garage into a bar, but hey this is Chamonix. The site is also the new home for Zag Skis in Europe, so clearly it’s going to very cool. 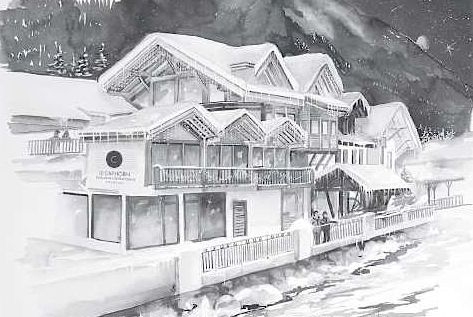 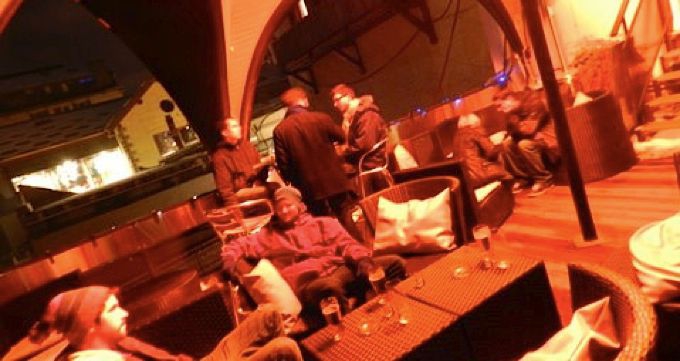 By that we mean boutiques selling just one brand. It started with Chanel and Moncler and has been now joined by the Salomon shop, Quiksilver, WE,Fresh Tracks (K2) and even Quechua who have all opened shops in Chamonix this winter. Check out the big screen cinema setting in the Quiksilver shop – so over the top we thought we were in Val d’Isere, not little old Chamonix!

First we heard plans to change the train line into a tram-train with trains every half hour between Servoz and Vallorcine. The next thing we hear is that the whole project and even the train line full stop is under threat as the French rail authorities don’t want to play ball. The Chamonix mayor panics, we panic and endless meetings later, the project appears to be back on track (‘scuse the pun) but on a smaller scale. The train is a great way to get around the Chamonix valley, so we wait with baited breath to see what happens. 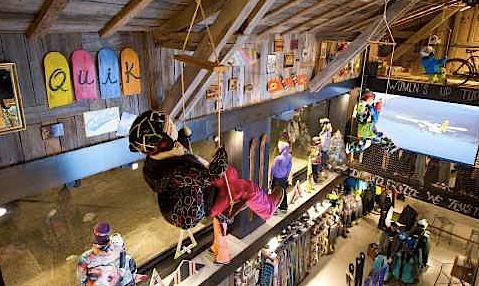 The Kandahar FIS World Cup ski event is set to go ahead on the 4th and 5th February 2012 and now Les Houches has grabbed themselves another day of world cup skiing on the 3rd Feb as the replacement for the Val Gardena downhill that was cancelled earlier in the season. If you’re in town then go and see it to soak up the atmosphere – it’s free as well! Of course, there’s also the Ultra Trail du Mont Blanc trail running race in August and the World Cup Climbing comp in July all in the diary for 2012.

Works on the new space-age Refuge du Gouter will continue as soon as weather permits, with a view to opening during summer 2012. The new hut will house up to 120 hikers and alpinists, most of whom are aiming to climb Mont Blanc on the Voie Royale from Les Houches. It’ll be state of the art and eco-friendly, making it in one of the key new refuges in the mountain world. Of course, the debate on whether permits should be introduced for those wanting to climb western Europe’s highest mountain is set to rumble on, with St Gervais mayor (on whose land the route and the peak of Mont Blanc is actually set) a vociferous supporter of the idea.

The Compagnie du Mont Blanc lift company is planning to start works in spring 2012 to renovate the Mer de Glace train station, with a new-look building and smarter café bar. A project to replace the Plan Joran chair lift from the car park to Lognan at Les Grands Montets ski area in Argentiere will also be studied this year. 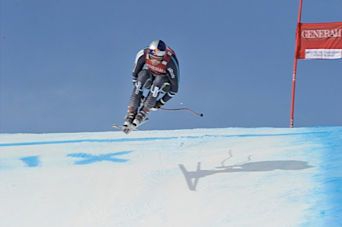 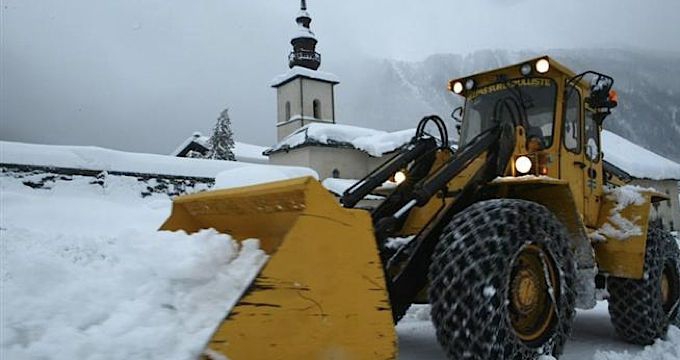